The most common use of chlorine in water treatment is to disinfect water. As a disinfectant, it has drawbacks, but it also has advantages. Other methods of disinfection such as ultraviolet and ozonation are effective disinfectants but they do not provide a residual to prevent pathogen regrowth as chlorination does. When treatment plants are distant from the point of use, chlorination is the best way to provide safe water to the end user. Municipal water providers usually rely on measurements of “chlorine residual”—the amount of chlorine remaining in the water after it reaches its destination—as proof of safety. Residual requirements vary, but typical residual goal would be for 0.2 to 1 mg/L.

In addition to disinfection, chlorine can be effectively used to oxidize iron, manganese and hydrogen sulfide to facilitate their removal, to reduce colour in water, and to aid in such treatment processes as sedimentation and filtration.

The pure chemical element has the physical form of a diatomic green gas. The name chlorine is derived from chloros, meaning green, referring to the color of the gas. Chlorine gas is two- and one-half times as heavy as air, has an intensely disagreeable suffocating odor, and is exceedingly poisonous. In its liquid and solid form, it is a powerful oxidizing, bleaching, and disinfecting agent.

This element is a part of the halogen series forming salts. It is extracted from chlorides through oxidation and electrolysis. 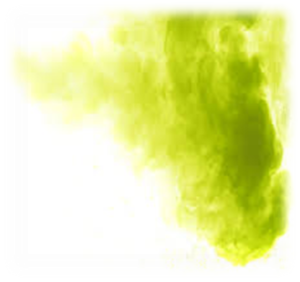 Calcium hypochlorite is an inorganic compound with formula Ca(ClO). It is the main active ingredient of commercial products called bleaching powder, chlorine powder, or chlorinated lime, used for water treatment and as a bleaching agent.  This compound is relatively stable and has greater available chlorine than sodium hypochlorite (liquid bleach).

Sodium hypochlorite is most often encountered as a pale greenish-yellow dilute solution commonly known as liquid bleach or simply bleach, a household chemical widely used (since the 18th century) as a disinfectant or a bleaching agent. The compound in solution is unstable and easily decomposes, liberating chlorine, which is the active principle of such products. Indeed, sodium hypochlorite is the oldest and still most important chlorine-based bleach.

Sodium hypochlorite is commonly used as a biocide in industrial applications to control slime and bacteria formation in water systems used at power plants, pulp and paper mills, etc., in solutions typically of 10–15% by weight. 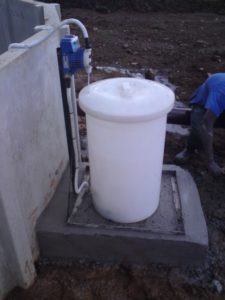